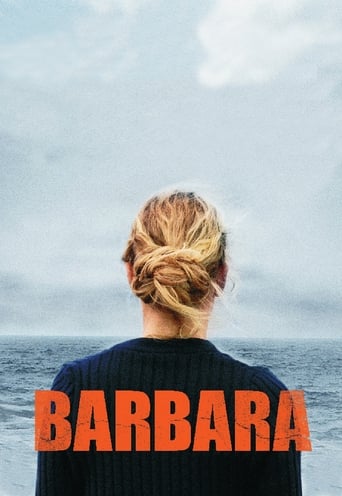 Jonathan Evans almost 4 years ago
Wait? So what happened to his emotion?

Angus Scown over 7 years ago
it would have helped if at the start they put a year and location. Beautiful film

Kenneth Chisholm almost 8 years ago
A surprisingly engaging quiet drama about life in East Germany and the cost of leaving it.

Hugo Casanova over 1 year ago

Matthew Topping over 1 year ago

tyler carr over 1 year ago

Josh Boggs over 5 years ago
Summer, 1980. Barbara, a doctor, has applied for an exit visa from the GDR (East Germany). Now, as punishment, she has been transferred from Berlin to a small hospital out in the country, far from everything. Jörg, her lover from the West, is already planning her escape. Barbara waits, keeping to herself. The new apartment, the neighbors, summertime, the countryside – none of that means anything to her. Working as a pediatric surgeon under her new boss Andre, she is attentive when it comes to the patients, but quite distanced toward her colleagues. Her future, she feels, will begin later. But Andre confuses her. His confidence in her professional abilities, his caring attitude, his smile. Why does he cover for her when she helps the young runaway Sarah? Does he have an assignment to keep track of her? Is he in love? But as the day of her planned escape quickly approaches, Barbara starts to lose control. Over herself, her plans, over love.
Read more on